With a number of users complaining about Windows 10 running the installation automatically, some people have gone as far as refusing to boot their Windows system.

One expert in particular was asked to shut down his system for an update but this did not happen. Of course, when it asked him to shut his system down again.

So, if the Get Windows 10 icon has become an annoyance, the first thing that you should do is remove it with Ultimate Outsider’s free GWX Control Panel. In fact, you can easily download it as an EXE file. This will help you to block the Windows 10 upgrade. 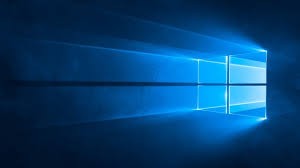 Now, once you’ve installed, look at the upper portion of the program as it will tell you if the Get Windows 10 app and upgrades have been enabled or not.

All you have to do is click two of the buttons near the bottom such as the Disable Get Windows 10 app and Disable Operating System Upgrades in Windows Update.

Of course, you won’t be able to do this if the upgrade has already begun, then you’re stuck with it, as the expert mentioned above discovered.

Also, if Windows Update is failing to install Windows 10, then run Windows Update Troubleshooter once you have run GWX. Once you do this, launch and run the wizard and check for errors.

Now, wait for the system to fix all troubleshooting errors and which in the case where your Windows 10 update has failed will remove the Update Shut Down button.

After that, whichever version of Windows you’ve been using will resume services as normal.