There are a number of advantages that come with using Linux but a long battery Life isn’t one of them.

While new versions of the Linux kernel has come with improvement in saving power, it still eats through the battery faster.

For starters, if you have a gaming laptop with Nvidia Optimus or AMD’s switchable graphics option, Linux will not be able to handle it as well as Windows will out of the box. 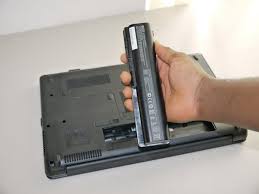 Even if you don’t have the switchable graphics but Nvidia and AMD graphics, the open-source graphics drivers will not help you power management support. For extend battery life, you will have to use the proprietary drivers from Nvidia and AMD instead.

Of course, you can disable the switchable GPU while using the integrated one. But the verdict is in: Linux handles everything except switchable graphics well.

Apart from this issue, there are other tips by which you can extend battery life when using a Linux distribution such as Ubuntu. First, you’ll have to access System Settings in Ubuntu’s Unity Desktop.

You can reduce the screen brightness and avoid using a screensaver. Configure your system to turn off automatically when you aren’t using your computer. In fact, you can configure the settings to go into suspend mode after a certain period of time too.

Finally, you can use advanced tools such as PowerTOP and TLP that can help you diagnose power issues with Linux or extend your battery life as well.